At Teatro del Lago we deal with art, innovation, education and territory. These principles articulate our work and dreams.

In the last decade, the Theatre has become an icon of the city of Frutillar and the region, transforming itself into a place of gathering and inspiration and a privileged witness of a cultural change that has generated decentralization and integration through the arts. 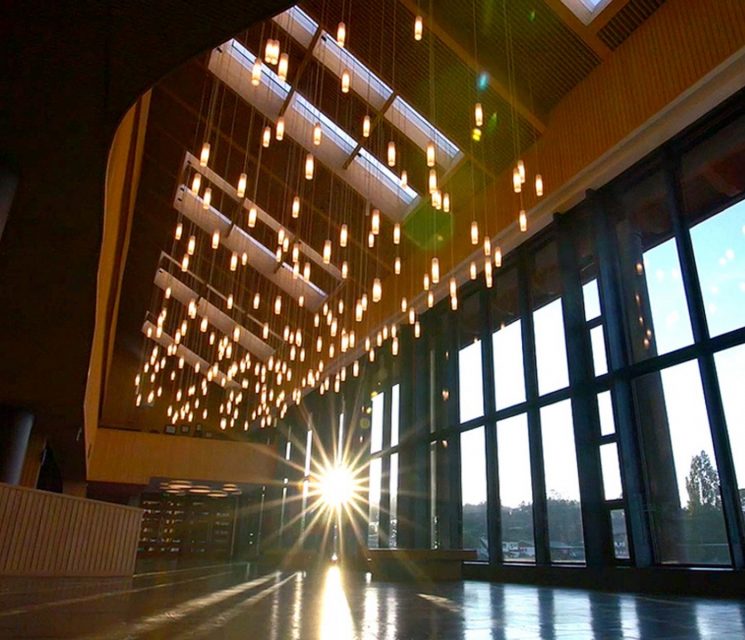 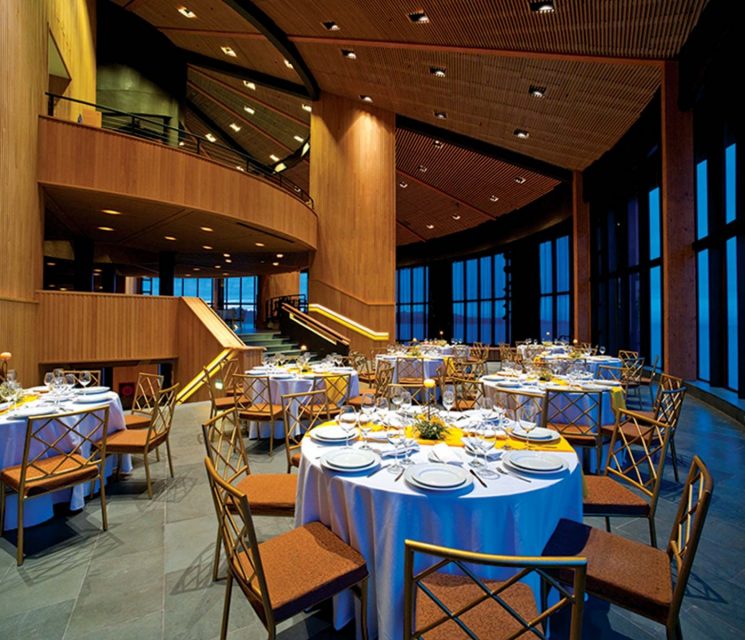 The first of thousands of bricks that would hold up this great dream was laid on January 27, 1998. On this day construction began on a unique theatre in southern Chile, which would protect and continue the musical tradition that has characterized Frutillar from its earliest beginnings.

Initially, the works were entrusted to architects Gerardo Köster and Gustavo Greene, and later to the company Amercanda, under the supervision of architect Bernd Haller, who took over the project when the building was a shell. He was tasked with finishing its exterior and interior, inspired by the traditional German architecture that is typical of the region.

Twelve years later, on November 6, 2010, Teatro del Lago was inaugurated, the only privately funded endeavour during Chile’s Bicentennial Year. Every detail of the construction and its materials had been carefully planned. The philosophy behind the project was also transmitted to the team of national and international specialists, consultants and builders who worked together on its creation. This balance between local participation and global knowledge has remained throughout the history of the Theatre, enriching its work significantly.

To walk into Teatro del Lago at any time of day is a unique experience: the building looks out over the lake and opens up to the surrounding landscape, connecting visitors with nature, while feeling immersed in the warmth of its architecture.

Several halls invite us to look around, where the language of music is conveyed in every corner. The main hall of the Theatre, the Tronador Auditorium with a seating capacity of up to 1,200 spectators and world-class lighting and acoustics, the Llanquihue Amphitheater perched on 56 pillars in the lake’s water, or the Volcan Osorno Foyer with its panoramic views, are just a few of the spaces the Theatre offers to enjoy the performing arts.

The Teatro del Lago is not only a stage for music, dance and theatre, but also offers multiple experiences in this grand building on the shores of Lake Llanquihue. Over the past ten years, the theatre has become an icon of the city of Frutillar and the region, a place for gathering and inspiration, and has witnessed cultural change leading to decentralization and integration through the arts.

The Teatro del Lago is not only a venue for performances of music, dance and drama, it also offers multiple experiences inside this impressing theatre on the shores of Llanquihue Lake. Over the past ten years it has become an icon of the city of Frutillar and of the region, making it a place for gathering and inspiration, witnessing a cultural change that, through the arts, leads to decentralization and social integration.

With acoustics and lighting of international excellence, this is the main auditorium of the theater, with an approximate capacity of 1,200 seats.